Netball NSW are delighted to announce that this year’s invited presenters are Darren Anderson from Forward Pivot and Trish Crews and Samantha Jack from Team GEM. 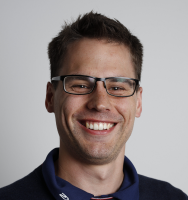 Darren is a sport development expert specialising in the design of community sport programs such as NetSetGO. Through his consultancy Forward Pivot, Darren empowers local associations through to governing bodies with practical ways to improve their members’ experiences and increase participation. Over the past year Darren has supported Netball Australia to develop its latest One Netball programs, the NetSetGO pilot programs, and the upcoming refresh of the NetSetGO Playground.

Darren's session will provide practical solutions on how to improve the NetSetGO experience for participants and how this can assist to grow your Association and Club. You come away with a higher sense of purpose, value and ownership towards NetSetGO, empowered with practical things to do firstly, tomorrow and secondly, next season and beyond to improve the NetSetGO experiences. What Darren will cover could apply across a wide array of Association programs too! 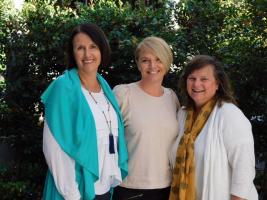 Team GEM’s EmpowerPLAY program started as a chat between mums who discovered that their daughters were experiencing anxiety. With a passion to tackle this issue, the trio teamed up to create the Gazelles Empowerment Program in 2015 which aimed to help netballers overcome their anxieties and build their confidence. After a couple of years of successfully running GEP as volunteers and seeing the positive results for players and the Club, Team Gem was established.  Since then, Team GEM has partnered with Netball NSW to develop EmpowerPLAY, a program based on GEP that can be downloaded and run by any Netball NSW affiliated Club.

After the success of EmpowerPLAY, which focuses on the wellbeing of our young netballers, they’re back again with another incredible program called CommUNITY. Team GEM will take attendees at this year’s Forums through the CommUNITY workshop which will provide the tools for Committees to create a stronger foundation for engagement and commitment within their community.