Bench Officials have an important role to play – they are responsible for ensuring the correct score is recorded, the correct time is played and other match details are recorded accurately.

The Netball Australia Bench Officials Accreditation Framework has been designed to assist the development of new Bench Officials through a series of two accreditation levels that relate to the techniques required at the different levels of competition. 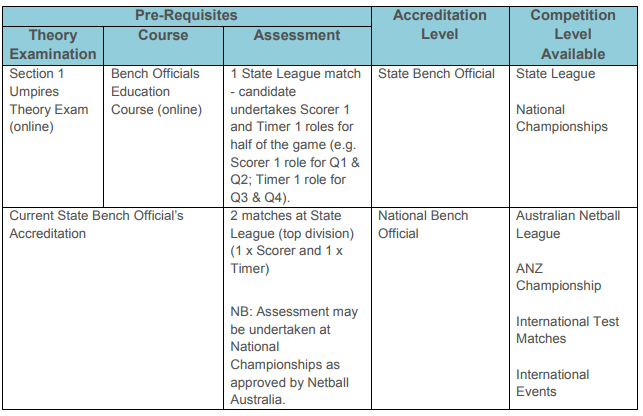