When 18-year-old netballer and freshly graduated HSC student Caitlin Oschadleus was parked on the side of the road after finishing work at the Abbotsleigh Junior School on a regular Tuesday afternoon last December, she barely noticed how leafy the streets of Wahroonga  were, and could not have known how much the gardens and trees had been affected by the torrential storm three days earlier.

While completing some work on her laptop to fill in the hour between work and netball that afternoon, she noticed a car trying to pull out in front of her, so she eased back an inch or so to give them more space.

Thank heavens she did.

The next few seconds of her life were filled with an enormous cracking noise as 300 kgs of liquid amber tree came crashing down on her small car, collapsing the vehicle on her and pinning her under its weight. Those few inches moving backwards moments earlier saved her spinal cord, and her life.

“I remember one moment I was typing on my laptop, and the next I was pinned against my seat, unable to move and only able to see the floor of my car that was covered in shattered glass,” Oschadleus said. 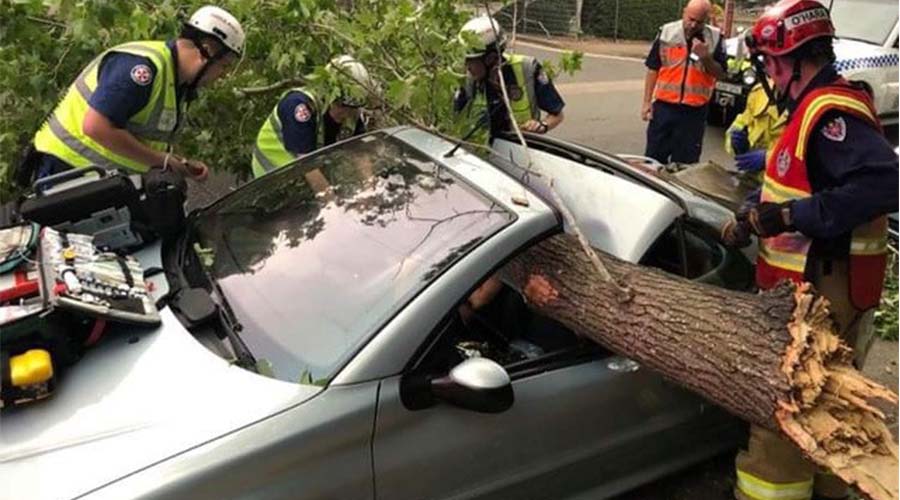 The scene of Caitlin’s accident.

It was the fast work of two people walking by, and the incredible police, fire and ambulance service officers that saved the young netballer’s life. Then she was in the hands of the very capable doctors and nurses at Royal North Shore Hospital for the next two weeks.

“I remember lying on the hospital stretcher with nurses and doctors repeatedly testing the feeling and muscle control in my arms and legs, and my left arm simply not responding. I’d have to say that that was the most frightening part,” she said. “In between all the scans and tests I remember squeezing my best friend’s hand, while she wiped the constant stream of tears rolling down my face, and just praying that I would be still be able to walk the next day.”

Netball has always been a big part of Caity’s life. She joined Cherrybrook United at the age of 6, played reps for Hills District, and was excited to be selected in a Premier League Pathways Team in 2018 and 2019.

In September 2019, her Blacktown City team were Grand Finalists in the DOOLEYS Metro League Division 2 competition, narrowly losing 44-47 to Ku-ring Gai in a nail-biting season finale. Fast forward three months and Caity, a highly accurate goal attack, was not sure if she would lift her left arm again to shoot a ball, let alone move it at all.

“From the get go, I didn’t just aim to be get back on court, but to be stronger than I was before,” Oschadleus said.

“I’m a big believer in our attitude being critical in everything we go through, both the good and the bad. Our experiences shape us and either break us or strengthen us. They develop our character, and we are continually evolving – our stories hold more power than we realise.” 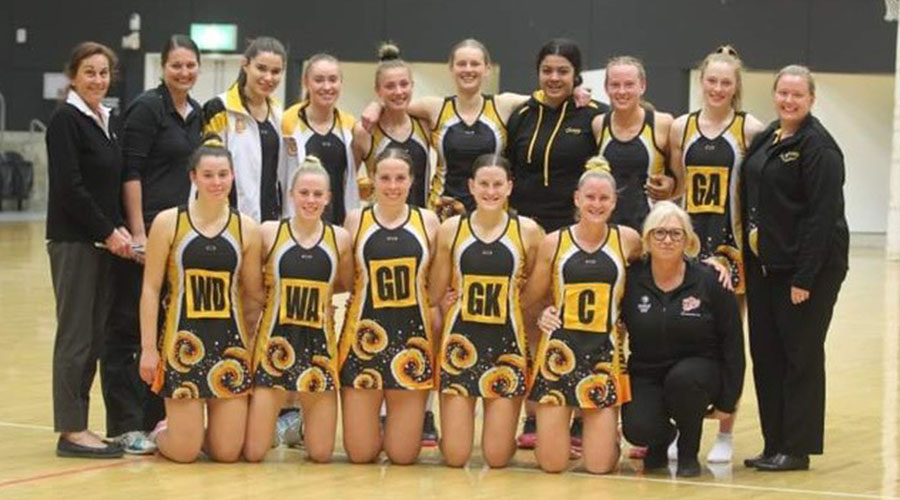 Four weeks ago, Caitlin trained for the first time alongside some of her Fury Pathways team mates who could not have been happier to have her back on court.

“Being back on court I feel free and I feel full. It means working hard, making mistakes, learning from them, and growing both as a netballer and as a person," she said.

"It means being surrounded by an incredible group of young women, who are willing to walk the journey with you, as well as being part of a community that shares a passion not only for netball, but for people.

“My goal from here is to work hard and not let the fear of not being good enough stop me. I enjoy my netball and really want to make a premier league team in the coming years. I truly am grateful for every step that I take.”

Sometimes life can literally change in a split second – and Caitlin really embodies the strength of spirit and passion that no matter what is put in front of you – you just need to find a way to get back to what matters to you most.

Court Craft Summer Series comes to an end for 2020